How Danielle Got Pregnant with PCOS After Two Miscarriages

How Danielle Got Pregnant with PCOS After Two Miscarriages

Are you trying to get pregnant, have PCOS and struggling? Wondering how to treat PCOS, and if there’s a cure for PCOS? Do you feel like there is no hope and possibly about to give up on your dream of having a child of your very own? Meet my patient Danielle who got pregnant with PCOS after two miscarriages! You could be the next Fertility success story!

Danielle was a 36-year-old patient. She came to me after trying to conceive for two years. She had a history of miscarriage as well as ectopic pregnancy. Danielle’s first pregnancy was at 26 years old, one month after discontinuing birth control. Unfortunately, the pregnancy was not viable and ended in an ectopic pregnancy. Thankfully, there was no damage to her fallopian tubes. She remained on birth control for several years after, but discontinued use at 35 years old because she wanted to start a family.

Danielle became pregnant naturally shortly after stopping birth control, but unfortunately, she miscarried at five weeks. After recovering, she was able to conceive again after three months. Sadly, this pregnancy also resulted in a loss at seven weeks. Two months after this loss, is when she reached out to me. Danielle had not had a cycle since this time and was looking to start trying to conceive again.

The stress of trying to conceive as well as work was affecting Danielle in other ways. She suffered from migraines 3-4 times a week, triggered by stress, which would also affect her sleep, causing her to wake up frequently throughout the night.

Danielle consulted with her OB/GYN, who advised her to keep trying. She was unable to run any lab work since Danielle had “only” suffered two pregnancy losses. With the right coaching, she would learn how to get pregnant with PCOS. 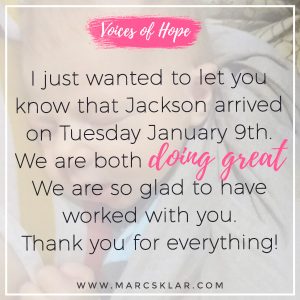 What did The Fertility Expert’s Team personalized fertility plan for Danielle?

Lonika ran Danielle’s lab work, which did confirm PCOS. Her AMH was 6.9, which indicated to me that she may not be ovulating consistently.  (If you’d like The Fertility Expert to run labwork for you and help you get pregnant, click here). Her lab work also indicated an imbalance in her thyroid which needed to be addressed and often occurs concurrently with PCOS. She suffered from adrenal stress and blood sugar imbalance, both of which were important for managing her fertility and PCOS.  And, she also had low vitamin D levels.

Our goal was to show Danielle how to be healthy with PCOS.  We worked on improving Danielle’s diet.  She was eating clean, but too many carbohydrates for PCOS.  Danielle did the Reset Fertility Detox, as well as supplements to balance her thyroid, regulate insulin levels, and support her adrenals.   She was tracking her basal body temperatures so we could accurately see if and when she was ovulating. Her migraines had improved greatly, and her stress level was being well managed, leading her sleep to improve as well.  Her 1st cycle after making diet and supplement changes was 36 days!

Danielle became pregnant the following month and had a healthy pregnancy.  She delivered a beautiful baby boy in January!

Lonika has been working with Dr. Sklar for the past 5 years. As a member of the San Diego clinic, she is also a case manager for women/couples who need a fertility coach online. Her goal is to guide her patients to overall wellness and healing that is effective as well as attainable.  Lonika believes in forming a strong personal connection with her patients and empowerment is at the core of every treatment plan she puts together with her patients.

She is an advocate for using integrative approaches to healing, and works to incorporate this into her practice. Focusing on acupuncture and Chinese Medicine, in addition to diet and lifestyle modifications and functional medicine has led to significant results for her patients who are struggling with various health issues. Including infertility, autoimmune conditions, migraines, thyroid conditions, hormonal imbalances, chronic pain, stress and anxiety, and digestive disorders. You can see more her in this video ➱

Talk with a The Fertility Expert’s Team

Our mission is to help you address the root cause of your fertility problems, empower your body to its maximum health so you can get pregnant naturally. If you’ve been trying with no success and want fertility help and answers on how to get pregnant, the Hope Coaching is the next step.

During this 1-hour online fertility consultation, you’ll get all the fertility support you need, we’ll review your case, give you recommendations and create a next steps for a personalized plan to help you get pregnant  The H.O.P.ECoaching is the next step to make sure your fertility journey is going towards a healthy pregnancy. 60 minutes can mean the difference on how long it takes for you to hold your dreamed baby. No matter where you live (our programs are virtual), how long you’ve been trying or your fertility condition, we’re here for you.

If you’ve been trying for quite some time with no results, are tired of seeing doctors with no answers, but are not ready to quit on your body and your fertility, we’ll be your “fertility detectives”. During the HOPE Coaching call we’ll find answers to your fertility problems and study the next steps in your fertility journey.

If you started trying some months ago, but need guidance, want a holistic approach to fertility and are ready to empower your fertility in a natural way, the HOPE coaching call will give you the help you need to eliminate any blockages so you can start seeing results and feel EMPOWER, fertile and baby ready.

If you are thinking about getting pregnant and want to know how to get your body ready, empower your fertility in a natural way following our holistic fertility approach so you can get pregnant fast avoiding IVF.

GET TESTED WITH PCOS

Want to find out for yourself what’s not letting you get pregnant and what to do about it? Then take these tests! These female hormone tests, ovarian reserve tests and other tests are the first start. They will be able to shed some light on what is going on with your reproductive and hormonal health, and fertility. 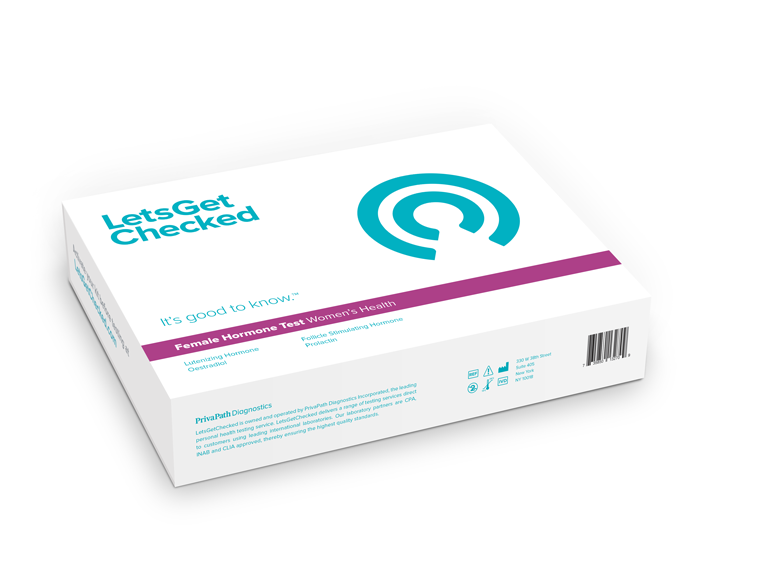 You order them online and take them from home – and receive the results 5 days later. If you’d like help understanding your results and finding out what they mean and what you should do, you should book a consultation with myself or one of my incredible Fertility Experts to have them reviewed and a fertility plan created for you.

GET YOUR PCOS TESTS HERE

Keep learning about How to EMPOWER your fertility naturally with weekly Fertility TV Episodes!

Almost 50,000 subscribers can’t be wrong! A fresh approach to natural fertility and women’s health, with tons of easy health tips on how to get pregnant and fertility science with a dash of humor!  Get the weekly Fertility TV episodes with all you need to know when trying to get pregnant

Marc Sklar works with couples who have struggled to achieve pregnancy and has been doing so for over 15 years. As the Fertility Expert, Marc has a Doctorate of Acupuncture and Chinese Medicine. Marc received his training at the prestigious Harvard Medical School – Mind/Body Medical Institute. Dr. Sklar co-authored Secret to Conception and created two informative fertility websites, ReproductiveWellness.com and MarcSklar.com. We hope you have the opportunity to visit our websites and learn more about our team, our methods, conditions we treat and explanations to many frequently asked fertility questions. Marc is married with two boys currently living in San Diego. He is ready to help if your goal is to start a family!

Leave a reply Click here to cancel the reply

Every Tuesday a new Fertility TV episode to help you Empower your Fertility!